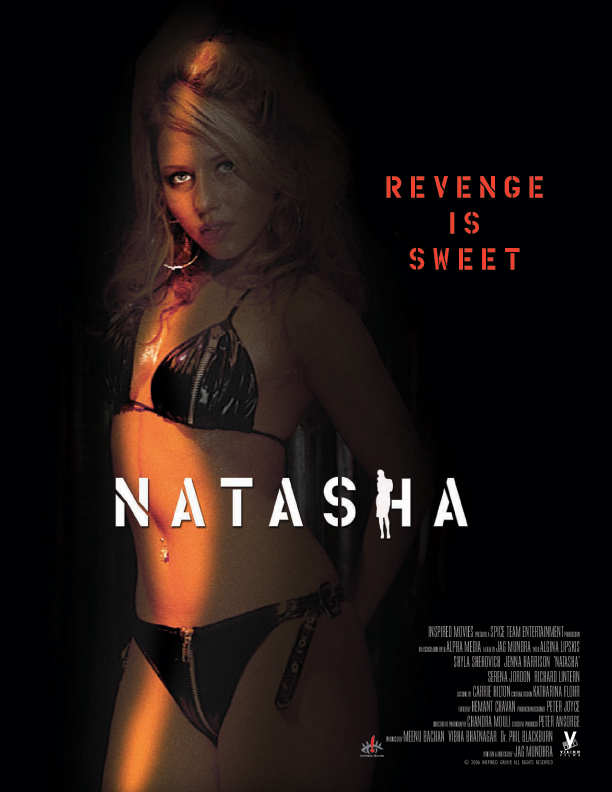 A young Russian foreign exchange student arrives at the home of the vicar of a very proper English village. Her secret colorful past with the Mob is suddenly revealed, and she must choose behind saving herself and the family that embraced her.

A cross between "Nikita" and "Chocolat" - NATASHA tells the story of ANNA, a young beautiful Russian girl who is on the run from the grisly underworld of St.Petersburg after witnessing the murders of her boss and her beloved cousin Natasha. ANNA, who earns her living as a stripper, uses her dead cousin's passport and plane ticket to flee to England. Meanwhile in the Yorkshire village of Little Haven, the Vicar and his family await the arrival of a Russian exchange student who they are welcoming into their lives. Their two children Robbie, 12, and Christine, 16, are wary. The villagers are all curious about the girl. But her arrival in Little Haven is like a bolt of lightning. She radiates and exudes a sensual power that touches everyone in the village. The Vicar and his family warm to "Natasha" immediately. Natasha brings light into their lives. As times goes by Natasha's effect on the whole village is felt. It is as if the village is now bathed in sunshine. She gets the most dour villager to giggle, and the sternest to smile. She helps Christine come to terms with her budding womanhood and her secret crush on her best friend Heather. Anna also arouses a passion in Christine's brother Robbie who is in pubescent turmoil. He spends secret hours on the internet looking at erotic images. Robbie secretly installs his web cam in his sister's room so that he can spy on the beautiful Russian language student. He is shocked when he sees his sister and Anna making love. Robbie sends the images of his sister and Anna to a pornographic website called "LIVE NUDE GIRLS". The Russian gangsters who killed her cousin and boss have recognized Anna. They track her down. They want her dead. They are on her trail. As soon as Anna discovers this, her first instinct is to run. But when she finds out that the gangsters hold the Vicar and his family hostage, she must choose between saving herself and the family that embraced her.