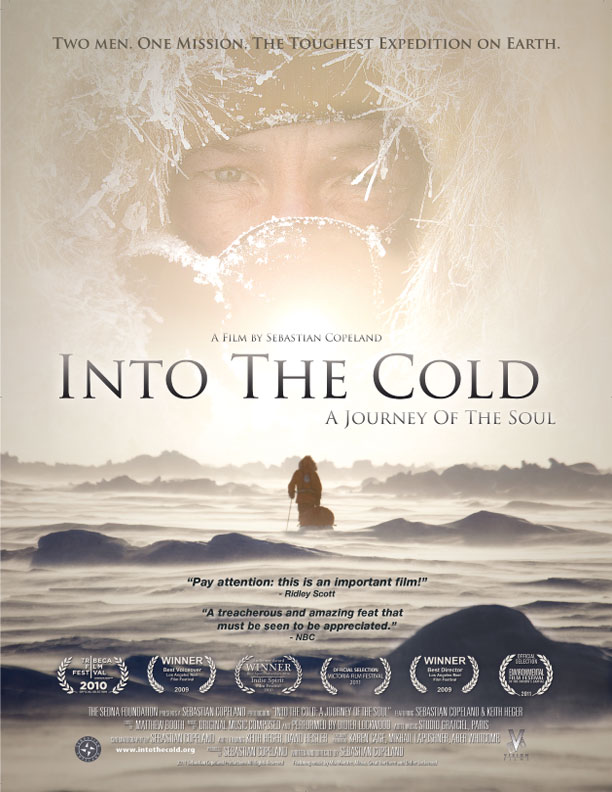 • In 2008, melting ice opened both the North-east and North-west passages, allowing the North Pole to be circumnavigated for the first time in human history. •The Arctic Region is warming at a rate three times faster than the rest of the Earth. • 2007 and 2009 saw the largest loss of summer ice on record - half a million square miles each. • Warming trends are precipitating Greenland ice melt, which contributes directly to a rise in ocean level. • At the current loss rate, the world will have an Artic completely free of summer ice by 2020 for the first time in three million years. INTO THE COLD follows two men's dramatic expedition to the North Pole, widely considered the toughest on Earth. As magnificent as it is inhospitable, this is an environment that is rapidly vanishing. The film follows noted environmental advocate, photographer and polar explorer Sebastian Copeland through his intensive training before embarking on the two-month, 400+ mile trip on foot across the frozen ice cap with his partner Keith Heger. From personal reflections to last minute preparations, the story shifts when the two men are dropped onto the ice, faced with temperatures in excess of -50F degrees, alone for millions of square miles, and armed only with their courage and determination.