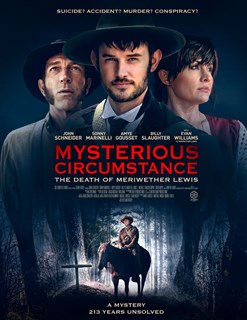 The mysterious death of Meriwether Lewis is investigated by his friend Alexander Wilson in a tense encounter with the only witness to the American explorer's final night alive. In 1809, the leader of the Lewis & Clark expedition died of gunshot wounds at a remote inn on the Natchez Trace, an isolated frontier trail. Did the national hero commit suicide as history reports or was his end far more sinister?